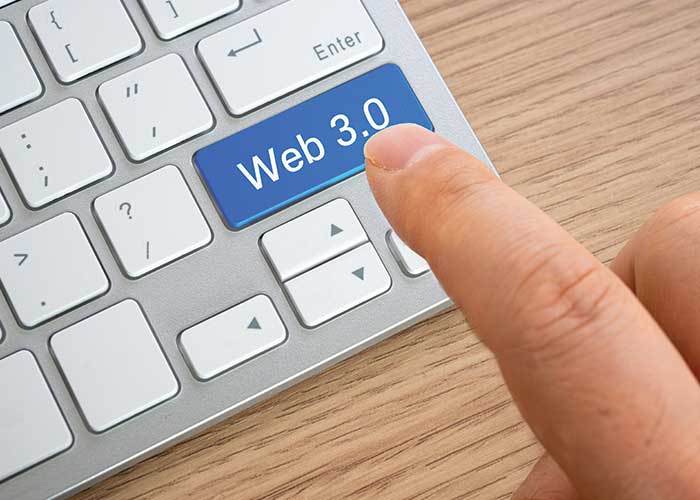 It’s incredible that we can write this blog and have it show on your screen without having to run a server or create a single line of code. In general, the web of today allows us to contribute in more ways than we ever could before.

Today, we’ll take a look at a web trend known as Web3. In this blog, we’ll begin to discuss Web3 in the context of the web’s evolution, as well as how Satrap may be able to assist in its implementation.

Sir Tim Berners-Lee proposed the concept of the “web” as a network of information systems interconnected via hypertext links in his landmark 1989 document “Information Management: A Proposal.” It is frequently confused with the Internet, which is the computer network on which it runs. The ability to access the network in a decentralized fashion through remote machines, as well as the ability to link systems together without requiring any central control or coordination, were key practical needs for this web.

This idea was realized in “Web 1.0,” which consisted of interlinked static resources delivered over a dispersed network of servers and accessed mostly on a read-only basis from the client-side. The number of websites increased by over 1,000 percent in the two years following the debut of the Mosaic graphical browser in 1993.

In the early 2000s, technological companies that survived the dot-com disaster developed to give value to customers in new ways amidst increased cynicism about the web, marking an inflection point in its growth and a significant phase in its development. Desktop browsers such as Netscape became commoditized, paving the path for native web services such as search engines to discover content. Platforms that facilitated user participation and utilized collective wisdom, such as review sites, and hyper-scaled network effects that were first driven by hyperlinks in web directories like Yahoo! The vast amount of data generated by Internet activity, as well as the growing recognition of its competitive value, compelled businesses to become database management professionals.

In an attempt to encapsulate such advances in design principles, O’Reilly Media invented the term WEB 2.0, which was revolutionary to the usability and interactiveness of the web and is still a basic building block for Internet enterprises nearly two decades later. Unfortunately, in the midst of the web 2.0 evolution, one of the web’s original key ideas, decentralization, was lost.

The Internet has a new reality.

This is where Web3 enters the picture. Building a scalable system that decentralizes content has proven difficult over the last two decades. While the technology to create such systems exists, no content platform has yet to accomplish scaled decentralization.

Only one noteworthy exception stands out: Bitcoin. Satoshi Nakamoto first proposed Bitcoin in a 2008 whitepaper as a sort of distributed ledger known as a blockchain that would allow a peer-to-peer (P2P) network to interact in a public, consistent, and tamper-proof manner.

The web exists for the benefit of the end user.

Distributed systems differ from centralized systems by definition. They should not be viewed in the same light. Data and its processing are not held by a single entity in distributed systems. This is helpful for businesses to provide resilience, but it’s also valuable for P2P networks where data can remain in the hands of the members.

To host a blog the old-fashioned way, for example, you’d set up a server, expose it to the Internet, and presto. Nowadays, you’d probably publish your blog on WordPress, Notion, or perhaps Twitter. If the server hosting one of these platforms goes down, it affects a lot more people. Your blog material can be hosted and provided from many sites operated by different businesses in a distributed form, such as via IPFS.

Each network participant can choose what they host/provide and can host/provide a variety of content. You have choice over what you share, just as you do with your home network, and you don’t disclose everything.

This is a fundamental principle of decentralized identity. Applications use the same cryptographic principles that power cryptocurrencies like Bitcoin and Ethereum to provide safe, cross-platform identification services. This is in stark contrast to other authentication systems, such as OAuth 2.0, which rely on a trusted third party to verify a user’s identity. This manifests itself as “Login with ” buttons. Only these cloud providers have enough data, resources, and technical knowledge.

Each member in a decentralized web has a secret key. They can then use it to recognize one another. This encryption technique was previously discussed in a blog. In a Web3 environment, since web participants own their data, they can share it selectively with the applications with whom they engage. This approach can also be used by participants to prove interactions they had with one another. If a college offers you a Decentralized Identifier (DID), for example, you may later show you were enrolled there without having to contact the college. Decentralized Identities can also be used as a placeholder for a public profile in which users agree to use a blockchain as a trusted source. This is what projects like ENS are aiming for.

The NFT craze is driven by the practice of proving ownership through a shared source of trust. NFTs have previously been covered on this blog. NFTs built on the blockchain serve as a means of transferring ownership. This information may now be openly validated and updated thanks to blockchain technology. If the blockchain shows that a public key I own is the owner of an NFT, I can use that to prove ownership on other platforms. For example, if my social media profile picture is a cat, I may show that the cat is linked to my public key. This means something different depending on what I’m trying to establish, especially in light of the prevalence of NFT contracts. You can construct an NFT contract if you want to learn how it works.

What are our options for the future?

It’s a lengthy yet exhilarating voyage to another web. The infrastructure that has been constructed over the last two decades is simply amazing. The Internet and the web are now a part of the lives of 4.6 billion people. At the same time, the top 35 websites received more traffic than the rest (circa 2014). Users have less control over their information and are increasingly more reliant on a small number of players.

The early Web was a static environment. Then emerged Web 2.0, which provided interactiveness and services that we use on a daily basis at the expense of centralization. Web3 is a movement that aims to change that. Users of the web are able to participate thanks to dispersed networks built on open protocols.

We at Satrap are excited about the distributed future. We’re making it easier for people and businesses to benefit from Web3 by applying the knowledge and experience we’ve learned through operating one of the major edge networks. Managing a web applications product portfolio, contributing to open standards, and advancing privacy are all part of this. I am excited to announce a new addition to our WordPress website design and development services: Unsplash integration. Unsplash is a platform that provides thousands As we move into 2023, it’s important for businesses to stay up-to-date on the latest social media marketing trends in order to effectively reach and

We are a web agency with more than 20 years of experience. We offer simple and complex solutions depending on the needs of our clients. Whether you need a fully custom platform, WordPress, or Woocommerce solutions you can always count on our affordable services.

Subscribe our newsletter to get our latest updates & news.